Bridging The Gap Between Leaders And Their Communities

Maven, Inc. is a certified owned and operated minority and woman owned business and solutions firm headquartered in Philadelphia, PA.  Maven specializes in uniting major corporations, diverse small businesses, community organizations, elected and appointed officials, Federal, State, and local government agencies.  Maven is uniquely connected to and respected by each of these constituencies in helping to achieve success in specific projects and business objectives.

Maven utilizes well-established relationships in the public and private sector to advance clients’ business objectives for expansion and growth. Maven develops and implements comprehensive political and legislative strategies that position our clients to receive the proper exposure to achieve success. Maven specializes in effectively promoting our clients’ business and educating targeted legislators about clients’ services.  Maven bridges government and business to create successful partnerships for our clients.

The Maven team brings the knowledge and experience required to shape policy and execute campaigns that educate and change opinions.

Maven works with key stakeholders, including block captains, RCOs, committee people, unions, and community and faith-based organizations to build relationships and create advocates for our clients. Maven knows the community and the people who are most influential. 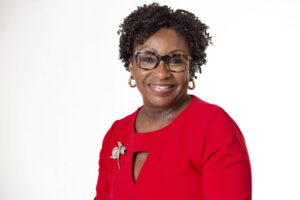 Founder, President, and CEO of Maven, Inc., a business solutions company that provides relationship management, local, state, and federal lobbying services to majority and minority owned firms of various sizes. Ms. Shaw started her business career at Pace Data Systems as the Vice President responsible for Operations and Business Development for the Philadelphia and Washington, D.C. areas.  Following this position, she began her first entrepreneurial venture, starting Developmental Planning Associates, Inc., a Philadelphia based firm specializing in data management and document processing.  As President of this firm, Melonease grew the firm over a twelve year period to a mid-sized data entry company servicing major clients in the tr-state region.

After selling Developmental Planning Associates, Ms. Shaw joined PRWT Services, Inc. as a Partner and Vice President of Operations.  PRWT Services, Inc. is among the largest minority owned and operated back office transaction oriented firms in the nation.  In her various roles at the firm over her thirteen-year tenure, Ms. Shaw oversaw operations on a national basis, had primary responsibility for budgeting, profit and loss management, and operations management.  She worked successfully as a member of the executive team, and was promoted to Executive Vice President and Chief Operating Officer in 2002.

In 2004, Melonease founded her current firm, Maven, Inc., headquartered in Philadelphia, PA.  As President and CEO and 100% Shareholder), Ms. Shaw has grown Maven to be a major player in the lobbying, community engagement, and business development fields.  She has effectively grown the firm’s client base from a start up with one major client to an enviable cache of large and mid-sized companies, primarily headquartered in the Pennsylvania region.

Many organizations have acknowledged Ms. Shaw over the years, including the National Minority Supplier Development Council of PA-NJ-DE, Women Making a Difference, Urban League of Philadelphia, National League of Cities, Boy Scouts of America, Cradle of Liberty and Forum for Executive Women, The Black United Fund and Alpha Kappa Alpha Sorority.

Maven has a long standing commitment to the development and success of minority, women and disadvantaged owned businesses.  Over the years, Maven has developed a broad and deep network of these businesses, which we call the “Village of Maven.”  Maven villagers include:

Get In Touch With Us